In the first [post id=468]article for this week we took a look a the history of a panorama capture. The panorama was optimized by the means of image processing. The single images were preprossed in Lightroom, stitching was done in PTGui exporting the panorama images as a 16-Bit tiff file for further processing.

Anyway the reserves were not enough to achieve the wanted inpact. So i took the raw images and converted the single images to HDR, as described in the article [post id=202]HDR from on raw[/post]. The resulting images were stitched again with PTGui and the resulting image convinced, even though there was a lot of image processing. 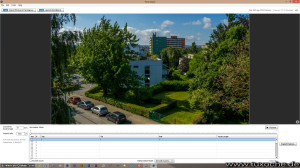 In the second [post id=434]article[/post] i described Panolapse, another tool to reneder videos from timelapse sequences. The tool works out fine, only the restriction to a 1920x1080px resolution is sort of a problem, since it’s not state of the art. Allthough there is no clear statement on the website how updates are handeled, if you by a license.

Panolapse for sure is an alternative to After Effects or Photoshop, but with TLTools or LRtimelapse there are software tools available with more functions and a higher resolution output not restricted to 1920x1080px. The later one also will fit better in a Lightroom based workflow.

On my [post id=60]Nexus 7 2013[/post] a new version of the Anroid OS was updated. Now i’m working with version 4.4.3. Until now i can’t figure out any differences in handling or any effects to the apps, ecspecially with the tether apps.

I hope that some of the articles on this blog gained your interests and i look ahead to your comments/suggestions. And don’t forget, i installaed a feed for you via feedburner. So have i nice weekend, til the next time