ETTR is a acronym for “Exposure to the right” and describes a technique to maximize  tonality and dynamic range of an image at least in theory. 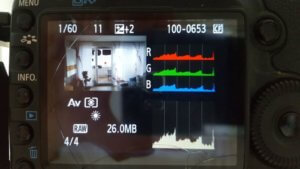 ETTR or “Exposure to the right” describes a technique to improve image quality by slightly overexpose the image just not to burn out the highlight areas of an image. The base idea of this technique goes back to a blog post on Luminous Landscape back in 2003. Basically the whole idea takes into consideration that the dynamical range is not equaliy spread over all exposure values, but the sensor will have a tonal range of 4.096 different tone in the brightest areas and evry step the tonal range is cut into half.

With a slight over exposure the dark areas will move up to the next step and therefor the sensor will be able to distinguish a lot more tones. For a good control of this process you will not rely on your exposure meter built-in in the camera but judge the distribution of tones by viewing the histogram to assure that no highlights will be burned out in the later image. But it takes at least a little bit of experience because the histogram is generated from the thumbnail JPEG and from the raw file just as shown in my article about exposure metering. 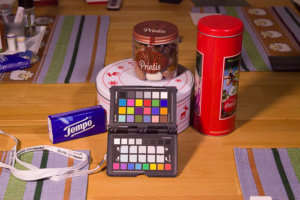 As a rule i bring down the highlights and open up the shadows in the raw converter. A nice example for this is the new Auto function in Lightroom CC. Takeing an image for example overexposed by 1 EV i can correct the little over exposure in the raw converter by darkening the highlights, but the shadow areas are kept (because they are not brighten up) and therefor will be able to display more tonal values. At the same time i avoid possible image noise in the shadow areas.

ETTR only works if the dynamic range of the scene to capture is smaller than the dynamic the camera sensor can handle, otherwise you have to decide if either the highlights will burn out or the shadows will be sort of black.

Just to try it out i captured a scene with both of my cameras, the Canon 5D MK II and the Lumix G81, one capture with the normal exposure and one overexposed by 1 EV. For the comparism i brighten up the normal expsoure by 1 EV and darkened the slightly overexposed image by 1EV.

Viewing this example at full resolution you’ll see more details in the dark areas and less noise in the capture darkened with Lightroom.

For a complte picture i did the same scene and 2 additional scene with the Lumix G81 at ISO 3.200. And as a last example i captured a scene with controlled lights by video lights containing the critical red and blue areas at ISO 6.400. 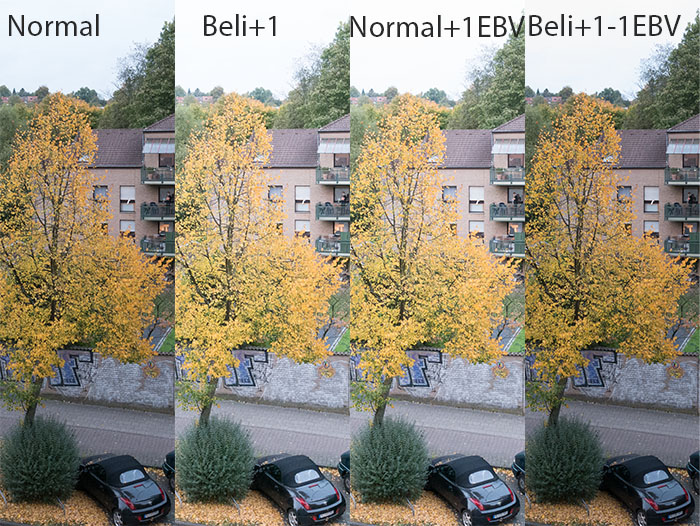 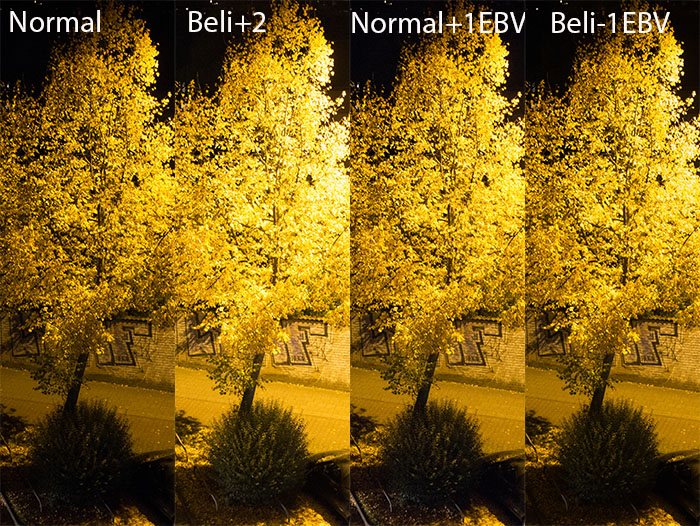 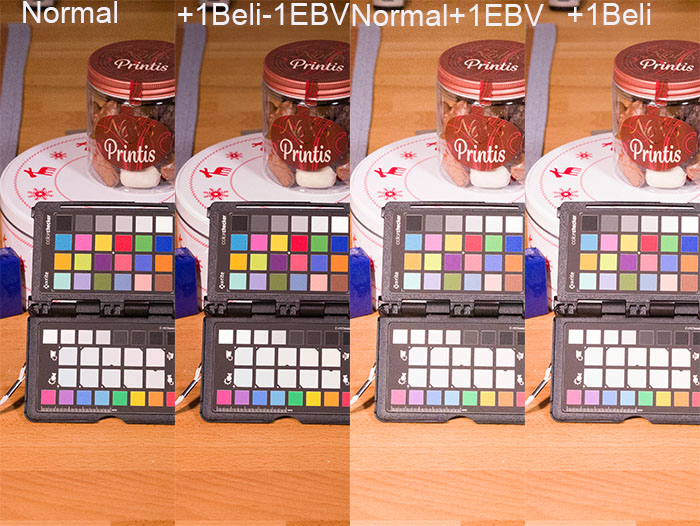 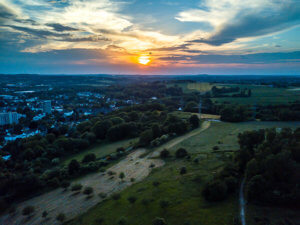 I did some captures under pretty extreme conditions like with the Lumix G81 at ISO 6.400 and even with my full frame DSLR i never would try to do a regular archticture or landscape shot at ISO 1.600 or even higher. But sometimes you might even notice some noise in the sky areas even if they are shot at ISO 100. And in the post processing i can bring down the highlights but leave the shadows just as they are in the images. In my comparism about the noise in different cameras i could state the gap is arround 1 EV from full frame-> APS-C -> mFT.

And sort of i already use this technique with my DJI Mavic, because opening up the shadows is very limited due to the small sensor.

Everyone should try out this technique for his camera and judge if it worth it. The gain in alittle bit more details is very small und reducing noise as as side effect of ETTR is rarely noticeable on regular ISO settings. I took comparism image shot at ISO 50 for the Canon and ISO 100 for the Lumix G81, both settings are note the base ISO of the sensor, and both images there are almost no idifferences.

If you do videos with your DSLR or DSLM this might be worth to try ETTR, because videos are captured in a format very similar to JPEG and therefor the dynamic range is limited comapred to raw files. This is why you capture your videos with low contrast logs to keep details in the shadows.

What do you think about ETTR, still useful even with modern cameras and their increased dynamic range?