Actually we decided to make a tour to the Gruga park in Essen, but the park was closed so we took our hope in a sunset and made up for cologne and its Kranbauten. 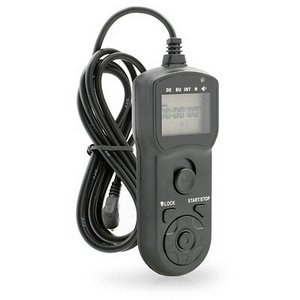 To begin with this fascinating technique you need a camera 😉 of course. It can be a compact camera to begin with, you don’t need a DSLR or DSLM, but the camera should offer talking pictures in RAW format to use the much bigger reserves in image processing. The next thing is stable tripod and a intervall timer.

Such a timer form JJC like the one i use is available for Canon cameras at about 30,– €. The timer of course can be set to any intervall and to a defined number of pictures to be taken.

You also can use a APP for your smartphone, like DSLRController. Such an app offer the ability to combine a timelapse sequence with HDR exposure sequences.

After finding the a suitable theme setting up your equipment and you’re ready to start. Setting up the right intervall depends on your imagination and your experience. In this example i used one picture within 30 sec.

Taking the picture i used automativc mode without any correction at the beginning, but later on when the sun began to set i corrected up to -2 EV to prevent overexposure.

What else you need, patience ;-). I had a second camera taking a couple of close-ups in the warm sunlight. But i also took a tablet with me, so i was able to post to different communties, since the timelapse took a little more than 3 hours.

Processing the timelapse sequences to a video there are many oportunities, beginning with virtual up to Adobe After Effects. For this example i took Lightroom and LRTimelapse to deflickr the different exposures. 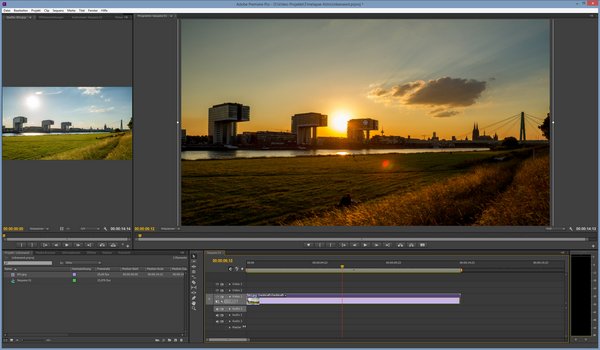 After basic processing the images were exported to JPEG and loaded as a sequence into Adobe Premiere Pro. Premiere Pro was used to render the video.

What do you think about timelapse, is it worth to give it a try? Just leave me your comments and suggestions and questions are aslo welcome.