Taking pictures with system flashes there is an issue about lightromers, like umbrellas, soft boxes and so on, because system flashes generate a harsh light Besides the usual translucent umbrellas i found a so called china soft box on the internet, which seemed to be a good deal.

I took notice from this softbox by an article from Krolop & Gerst, german bloggers. They posted a review of this on their website. Ok searched on ebay and ordered the softbox for less than 20,– €. Waiting 3 1/2 weeks the parcel arrived 😉 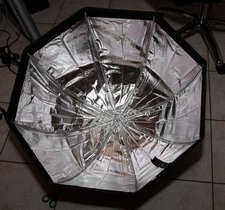 First of all setting up the box is pretty easy, which is not usual on lets say cheap equipment. Folding back the umbrella construction you should be carefull not to jam your fingers 😉

Inside the softbox is silver to reflect as much light as possible towards the subject. This promises a pretty high amount of light reaching the front of the box. 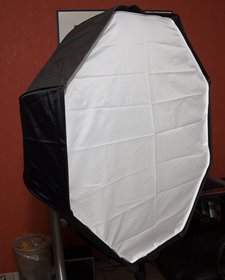 Before attaching the diffusor mount the flash, because this is sitting inside the box. There is a zipper at the bottom of the box, but this opening is only wide enough to change the settings on the flash.

But this is the point about the [post id=149]Yongnuo YN 622[/post] radio triggers, since they allow to change every setting form the camaera menu, so don’t need to grab into the box. 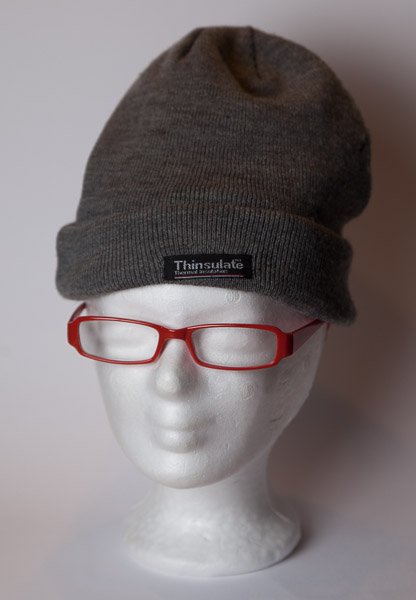 To give yoy some examples a took a picture with the styrofoam head, which i already used for example pictures.

As you can see on the example the box turns out a very beautiful, soft light.

If the background is not placed right behind the object, you wont see any shadows on the backgound paper.

The only thing i have to do, is getting a flash shoe which flat to place the flash into the center of the box.

For this first impression i setup the flash reflector to 24mm focal length. Maybe i’ll give it another try by using the wideangle diffusor from the flash, even though this costs performance. This way i could check if this improves the lightning.

What experiences do you have about such boxes and umbrellas and which one do you use. Just leave me a comment or a suggestion. Questions are also welcome 😉 and just in case, you liked the article i would appreciate a +1 or Like